The keys that we call a transponder car keys need the transponder chip to function. Starting in 1997, all cars began to incorporate one into their key, and if it does not work or does not match, the car will not start.

In the immobilizer system with the transponder, the key incorporates a small chip inserted in the handle of the key, and that emits a code by radio frequency at the moment the contact is activated. This code is picked up by an antenna or reader unit, typically located on the start switch.

If you have a key of this type, it is recommended that you have several backup copies at home, in case yours stops working. The most modern programming machinery that exists on the market today and we can carry out the work on the same day, in order to avoid the least inconvenience. 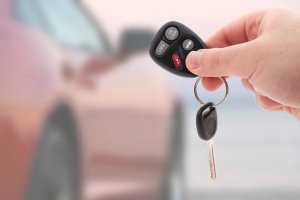 Currently, there are different types of transponder depending on the characteristics that these have, and this is their classification:

They are those transponders that on each occasion where they are “interrogated” by the Security System (the immobilizer) of the vehicle, they always respond with the same code. Its duplication is feasible both from the same key. If a functional copy is not available, however, for the latter, the presence of the vehicle itself will be necessary to generate new keys.

In this case, the Transponder Car Keys performs the same functions as the fixed one. Still, at the moment it is interrogated by the vehicle’s security system (immobilizer), they respond with the same code at all times, but this code is presented “covered” or masked by a program.

For this type, only the same transponder as the original key can be activated or programmed using specialized equipment. The manufacturer fully protects these chips.

In addition, the security information that this Transponder Car Keys contains varies every time the car is started, thus making them more secure and difficult to clone.

To duplicate these keys, they allow their cloning from a special computer, and the vehicle must always be kept in mind at the time of the duplicate, as well as its security code depending on the brand.

These transformers are those that, when they are “questioned” by the vehicle’s security system, respond with a different code that evolves based on its evolution algorithm. It is a much safer system than the previous ones, and it supports up to 18 million trillion combinations, it is typical of brands such as Mercedes, BMW, among others.

This system encourages the codes to change every time the key is used. The funny thing is that when it comes to storing information, the key saves one part, and the car’s computer saves the rest, and this is called “block information.”

Rolling Code transponders can be made up of different types of chips, depending on their characteristics:

This type of chip only varies depending on the requirements of the car manufacturer. The information they can capture is different and also varies by the manufacturer of each chip.

Transponders of this type, found in state-of-the-art keys, are used to duplicate 4D Lock and encryption generation chips. It is not necessary to connect to the car to make the duplicate, as long as the client has at least one of the keys in his possession. To duplicate the keys that have an electronic head, the use of the internet and a 4D machine to clone is mandatory.

This type of emulator consists of a small coil, a microcontroller, and an electronic circuit.
From top keys, we hope that this article has seemed interesting and you have learned something new about the transponders that include many of our car keys. If you need more information or want to duplicate a key with a transponder.