Things one should know about Transponder Car Keys 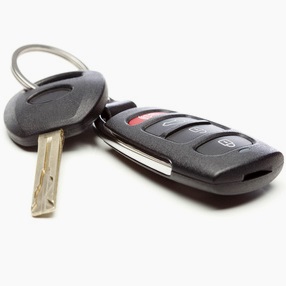 Nowadays, every car you see on the road is a transponder key. The word transponder is the combination of two words, transmitter and responder.

The use of transponder in the car keys started since the year 1995.

The transponder car keys have an in-built RF transmitter in their interior part. The ignition device has a component known as receiver. Hence, as the transponder key sends a low-level signal to start the car, the vehicle detects it immediately as the key is placed in the switch.

The transponder key helps in preventing the car from unauthorized access. If the ignition device does not detects the low-level signal, then the car will not start. In case a key is copied by an unauthorized person and he puts it into the engine, then the key will not send the required signal to the ignition device. As a result, the car will not result. Hence, car stealers won’t be able to use duplicate car keys or key cutting for stealing the car. In case there is an attempt of hot wiring of the car, then the key of that person will not send the required signal. Thus, transponder chip contained in the car key is extremely beneficial for safeguarding your car.

Try this to know for sure.

Getting a new transponder key is safer.

Hire a good locksmith in your area.

Last but not least, you need to find a locksmith that can program the transponder keys for you. Locating a good locksmith that is not going to charge you an arm and a leg is imperative to not only save a lot of money on your new transponder keys but so that you can get quality. Because isn’t quality always worth spending a little extra money for?