When Is It Time to Replace Your Car’s Ignition System? 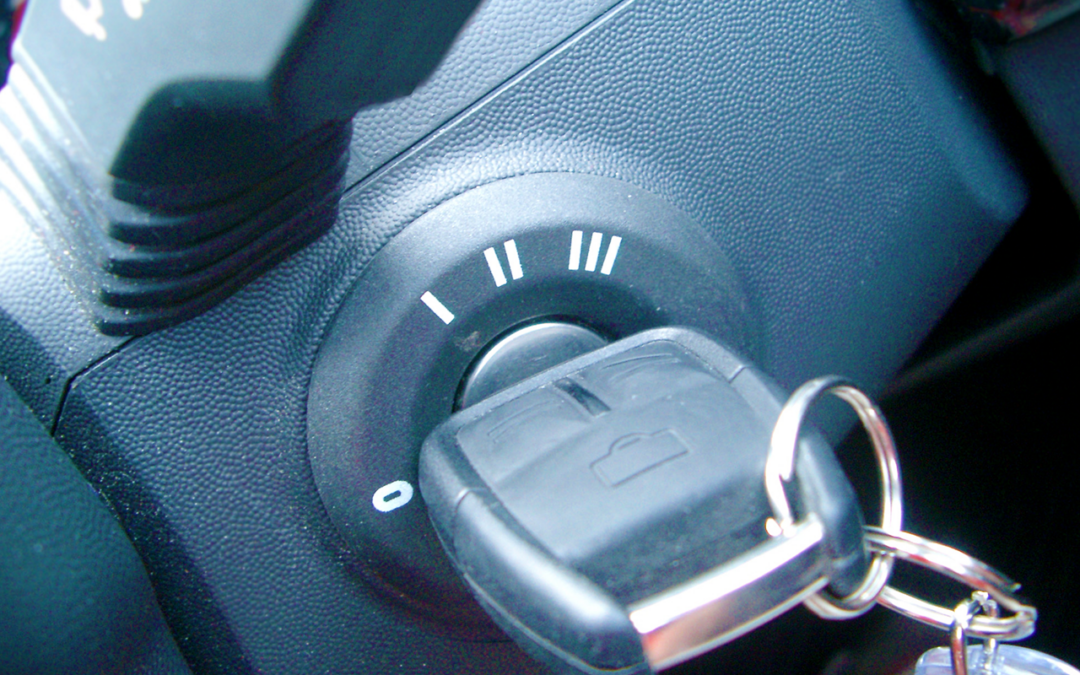 There are all kinds of components to a car, and each one is necessary for keeping it running smoothly.

Ignition systems are an important part of the machinery because they provide the spark to start engines. However, ignition systems can go bad from repeated use or from normal wear from daily driving.

If you find yourself experiencing any of the symptoms listed in the article, you might want to consider replacing your car’s ignition system.

Describing problems with your car can be difficult. The ignition system is responsible for providing the spark that starts the car’s engine, which means that it controls much more than simply whether or not you can turn on your engine. However, if you are experiencing any of these symptoms – particularly those involving starting problems – it may be time to change out your car’s ignition system.

Cars are made up of all kinds of different parts, each crucial to making the machine work. Ignition systems are no exception; without them, engines wouldn’t be able to start or run properly. This means that faulty ignition systems can cause problems in your car that you don’t want to deal with.

If you’re experiencing any of the following issues with your car’s ignition system, it may be time to think about replacement:

It is also important to remember that some problems don’t appear until later on, meaning it may be hard to tell when the ignition system is actually having issues. For this reason, you should still pay attention to these symptoms even if they don’t appear to be related at first glance.

How does a car ignition system work?

Modern cars have a complex ignition system that starts up the engine. In order to start a car’s engine, there are several steps involved – all of which are run through an ignition system.

The first step is being able to connect the battery to the electrical wiring inside of the vehicle. In order to do this, every car has a starter solenoid, which is a switch that allows for this connection.

After making the initial connection to the battery, there are several other steps required in order to start up an engine.

In addition, each of these steps has intricate components that work to complete the process.

How to know when to replace my car’s ignition system?

If you find yourself having issues starting up your car on a regular basis, it may be time to replace the ignition switch. Another good way to know when your car’s ignition system might need a replacement is to have regular checkups done in a professional garage. You will be able to get all of the car’s mechanics assessed by qualified technicians, helping you to avoid unnecessary expenses and inconvenient issues down the line.

In order to avoid permanent damage to your car, it’s important that you repair or replace the ignition system before this part contains irreparable damage.

What are some typical symptoms of a car with a bad ignition system?

Some symptoms of a car with a bad ignition system include difficulty turning on the engine, issues with starting the engine or continuing to run, car dying or cutting out while in use, and more. It is important to remember that these problems may not appear until later on,

Ignition systems are intricately tied into engines; they provide the starting spark that makes engines run. This means that ignition system problems can result in difficulties with other parts of your car, like starting problems or failed equipment.

If you’re experiencing any issues with your car’s ignition system, it may be time to replace it in order to ensure that the engine can continue working smoothly.

How much does it cost to replace the ignition system?

A new ignition system can cost anywhere from a few hundred dollars to over a thousand, depending on your car and the exact kind of parts that need to be replaced. However, some shops offer free replacement services when you purchase a service contract for your car.

The price of a new ignition system will vary depending on the car but is typically several hundred dollars at a minimum. Some shops also offer free replacement services when you purchase a service contract for your car.

How long does it take to replace the ignition switch?

Ignition switches can be replaced in a matter of hours.

As with any car part that needs to be replaced, the time it takes for an ignition switch replacement will largely depend on how extensive the issues are and which model vehicle you’re working on.

In some cases, problems with ignition switches can be resolved without taking too much time.

I don’t have the budget right now. Is it okay to leave my car’s ignition system problem for a long time?

It’s never advisable to leave problems with your car’s ignition system for a long time. Ignition switches are keys that allow you to start the engine, without this part the entire engine will not be able to function correctly. In addition, other motors in your car can suffer as well if there is a problem with the engine. Leaving an ignition switch issue for a significant period of time could cause irreparable damage and make it much harder to repair or replace your car’s parts later on.

How do you address and solve the issue of a faulty ignition system?

By making sure that your car’s engine is running smoothly, you can ensure that it has no issues with starting or staying on.

What happens when you don’t replace the car ignition switch?

When this part becomes severely worn out, it can become difficult or even impossible for your car to start up – as there is a specific component inside of the ignition switch that controls how much voltage reaches the plugs and spark them into the ignition.

Eventually, if the system has been used enough times, this part will wear down and need to be replaced. As you can imagine, if this part is damaged or worn down to the extent that it cannot complete its process, your engine will not turn on at all – leaving you stranded until you have it fixed.

Due to the fact that there are several components involved with starter systems, it’s generally better to replace the entire system and avoid having this issue.

Can I replace my own ignition switch?

You might be tempted to try replacing your car’s ignition system yourself in order to save on the high price tag. However, this is not recommended because there are several steps involved in this process that require specialized training and equipment.

Rather than attempting to replace an ignition switch on your own, we recommended do-it-yourselfers to get in touch with professionals since there are several steps involved in this process that require specialized equipment and training.

Replacing an ignition system is a delicate process that should be handled by experienced technicians. While you might think that replacing the ignition switch yourself would save on labor costs, this is not recommended. Replacing an ignition system can be tricky and to ensure a job is well done and to avoid any unnecessary problems down the road, you should leave it up to professionals.

What is the step-by-step process of changing an ignition?

The first step of the process is to open up your car’s hood and disconnect the battery, taking safety precautions as you work.

Next, remove the actual ignition system from its housing by following some basic steps.  You’ll need to unscrew the ignition coil, unbolt the starter and remove the electrical panel by detaching all connections.

You’ll then be able to slide out the old ignition system. Once it’s removed, place your new one in place of it by connecting all parts using replacement bolts where necessary.

Now you can reconnect your battery and test the ignition system by starting your engine. If it doesn’t start, you’ll need to go back over the steps and make sure everything has been properly connected.

Replacing an ignition system can be a daunting task, but following these simple steps makes it a little less complicated. By disconnecting the battery, removing the old system, and installing the new one, you can be confident that your car’s ignition system will function properly for years to come.

Is there anything else I should know about my car’s ignition system?

There are a few other things to keep in mind when it comes to your car’s ignition system. One is that you should never use anything but the key to start your car. Trying to use anything else, such as a screwdriver, can damage the ignition and lead to further problems down the road.

Another thing to keep in mind is that you should never start your car if it’s been flooded. This can cause permanent damage to your ignition system and will require replacing the entire unit.

If you’re ever unsure about anything related to your car’s ignition system, we recommend consulting a professional. Ignition system problems can be tricky to solve and it’s always best to have someone who knows what they’re doing take a look at the problem.

In some cases, an ignition switch replacement may not be necessary. By making sure that your car is running smoothly and regularly taking it in for tune-ups, you can avoid the need for a new ignition system.

What can happen during a car ignition switch replacement?

During this process, technicians will also check for damage to other components in your starter system that may need to be replaced as well. This is especially true if the part shows signs of wear and damage before completely failing.

For example, if there is damage to the starter solenoid, technicians might recommend replacing this component along with the ignition switch. This is because the solenoid helps to send a current to the starter when you turn the key in the ignition, and if it’s not working properly, can lead to problems with starting your car.

It’s important to remember that while most ignition switch replacements go smoothly without any issues, there is always a chance for something unexpected to happen. That’s why it’s best to have a qualified technician handle this job for you – so that you know it will be done right and any potential problems will be caught and fixed before they become an issue.

Is your car’s ignition system in need of replacement?

Your car’s ignition system is one of the most important parts to its overall performance. It’s responsible for starting your engine, which means it has a lot of responsibility on its shoulders. If you don’t take care of this part, you could be putting yourself at risk for accidents and other problems down the road.

If you’re worried about whether or not your ignition system needs replacing, there are some tell-tale signs that can help point you in the right direction. For example, if your key gets stuck while turning or if it feels like it takes more effort than usual to turn the key when starting up your vehicle, these are both signs that something might be wrong with your ignition switch and should be addressed immediately by an auto repair professional! The last thing anyone wants is to get stranded somewhere because their car won’t start! Don’t let this happen to you – contact us today before it’s too late!

Most companies offer free diagnostics – including us! That way, you can determine whether or not the fault lies with the part itself, and if so, we’ll take a look at it for free.

Contact Austin Car Keys today at (512) 489-0996 for or more information about replacing your vehicle’s ignition system and all of your automotive needs!